We awoke in our vineyard to blazing sunshine and more amazing views. We left by 10.30am so didn’t spend much time here as the beauty of the Dordogne awaits but we would certainly go back.

On our trip 2 years ago we ran out of gas in the Pyrenees.  We didn’t have refillables back then so we had to buy a new French tank and regulator. We’ve exchanged the tank a few times on previous trips but now we have Gas-it refillables we decided to trade in the empty tank for a refund of the deposit (a whole €5) at a Carrefour along the way.

After a little more driving through stunning countryside we arrived at Saint Leon Sur Vezere which is right by the river Vezere. A beautiful small town with free Camping Car (aka motorhome) parking all day and €6 overnight from 8pm to 8am. It was a very hot day with temperatures over 35 and the river looked very inviting so after a quick change into swimming cosies we were in! There was a lot of kayaking & canoeing which looked like a great way to drift down the river so we booked a 2-man canoe for the next morning.

In the evening we had chicken kebabs on the BBQ and as there’s a Petanque pitch next to the aire we opened up the boules for the first time since we bought them and had a couple of games. So far it’s 1-1 after 2 games!  Overnight the temperature cooled nicely so we had a comfortable night heading to the Dordogne. 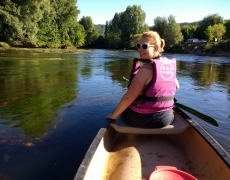 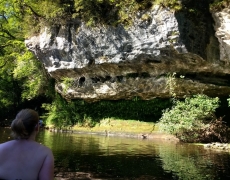 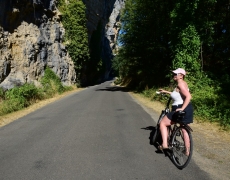 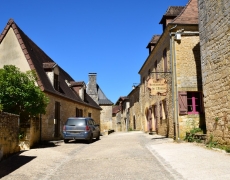 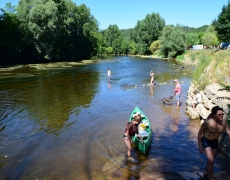 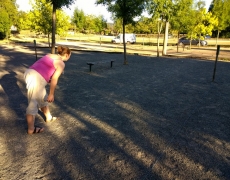 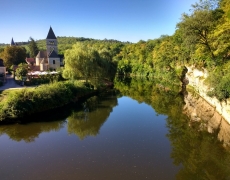 We walked across the single track bridge just up the road to collect the canoe which was booked for 2 hours and would take us 8km down river. I have to admit to having a romantic notion that we would mainly drift in peace and quiet.  It was actually more like a marathon for the arms as we needed to keep momentum otherwise we would have stopped.  Of course there were a few areas of quicker moving shallow water but mainly it was us under our own steam.  It was great fun and an excellent way to the see the area and we’d definitely do it again. We arrived just over 2 hours later and got the bus back to St Leon for lunch.

There is also a campsite next to the aire and their facilities seemed to be part of the village and had showers, washing up areas and even a clothes washing sink so we showered there after our canoe trip. The showers cost €1.50 per shower with a token from Tourist Information (right next door).

We leave about 3pm and drive through to Baynac-et-Cazenac by the Dordogne River. After we found some parking up the hill we walked back down and elect to have dinner in the village by the river Dore. Upon returning to the van we chatted to another British couple and their young daughter who recommend some more France Passion sites.  We also had another game of Boules which turned had got to 7-7 before it got too dark to play so it’s still neck and neck in the Jane & Steven Petanque Olympics. The parking was a free car park right at the far end of the pay (payant) parking and we stopped there for the night.

The walk up to the Medieval Beynac Chateau on the hill above the town is pretty steep but it has amazing views across the Dordogne River and you can see several other chateaus from the top. It’s been owned by many different people including Richard the Lionheart for 10 years and it’s a great example of 13 & 14th Century building.  It was also great to see that the current owner is continuing to restore it. 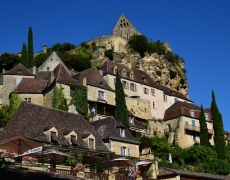 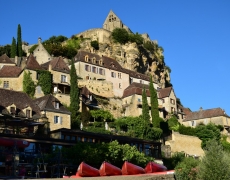 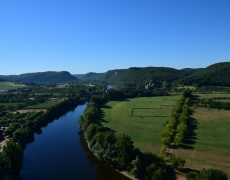 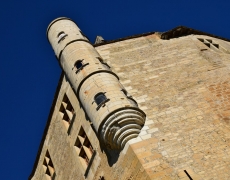 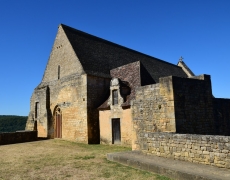 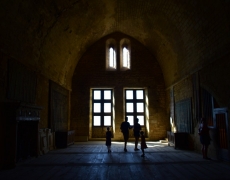 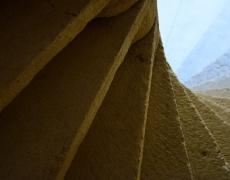 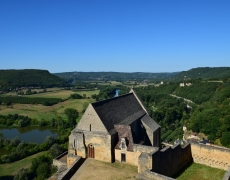 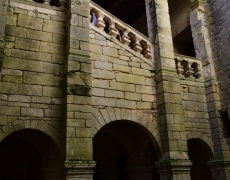 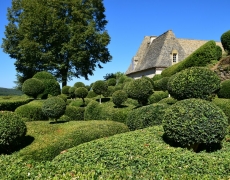 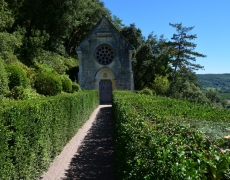 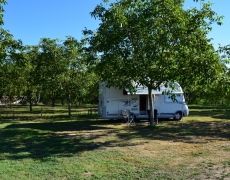 After an ice-cream we moved on to visit the Gardens at Marqueyssac. These are amazing topiary gardens with every shape you can think of and a lovely walk along the hillside overlooking the river.

After that we headed to the France Passion site at Domme recommended the previous evening which is located at a Fois Gras farm.  Fois Gras is a type of pate which has a bad reputation for ‘gavage’ which is where the ducks are force fed through tubes to fatten them up (especially their livers).  However on our travels through the Dordogne this practice did not appear to be typical and we could certainly see the ducks & geese roaming around at this little farm. It was a lovely evening and the location was close to the river so we headed in for another dip in the river Dore!

This was a short driving day and we travelled through Martel (nothing to do with the Brandy) and spotted a riverside aire at Montvalent which turned out to be free.  It’s riverside location and 30+ temperatures persuaded us into the water yet again and with an amazing cliff backdrop this was a beautiful free stop over. There were no services but we did park up under the trees to get some shade and enjoyed a fellow motorhomer’s renditions on a harmonica in the evening. 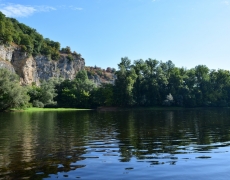 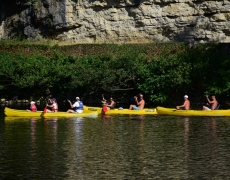 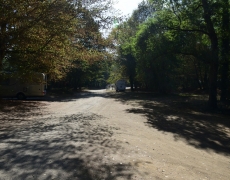 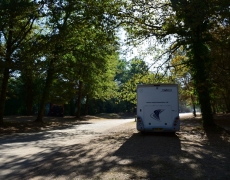 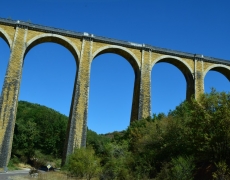 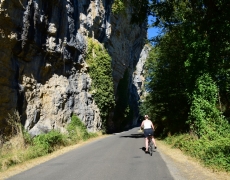 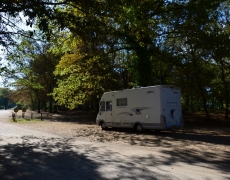 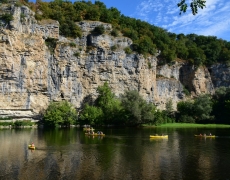 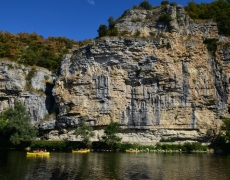