Leaving the warm coast and heading north into rain…

Leaving the warm coast and heading north into rain…

We left the campsite near Antibes and started to head around the coast towards San Remo stopping first at another of the ‘Beautiful villages of France’ called Sainte Agnes which was a fair way along a very winding and challenging road. This is a very pretty town with some very strange WW2 fortifications and gun emplacements. 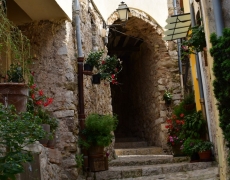 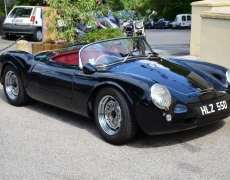 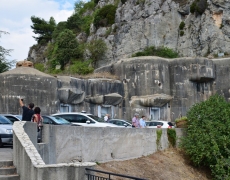 From there we went to San Remo via Menton (which was where we saw the forest fire last year and could see the hillside where is was still in recovery phase).

At San Remo we got onto the Municipal aire (€15 per night) and bagged ourselves a lovely corner spot with dual aspect overlooking the sea. We’ve stayed here before so knew it was a lovely spot.

In the evening we walked around to the nearby beach and had a swim in the sea.

We took a bus into the town and wandered around the very pretty streets with some fabulous old buildings.

San Remo is somewhat closed on Mondays although café’s and grocery shops seem to be open but Steven was looking for an Italian barber but they were all closed.

We had lunch next to the little port area and then headed back to the van by 2pm as Steven had a work call.

It was a very warm day and somewhat breezy but cooler than we have had and we even had a little rain in the late afternoon.

We then planned the next stage of our journey towards Luzern in Switzerland. 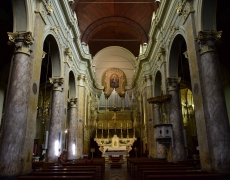 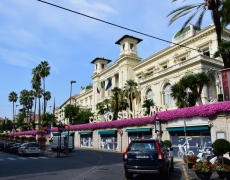 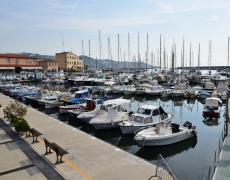 Steven took the bus into San Remo first thing to find the Barbers. It cost €20 and they spoke no English. The result was a rather shorter than normal cut! Jane stayed at the site to fill the water and services etc.

We headed back to Menton and filled up with fuel on the French side of the border (€1.12 per litre vs €1.35 in Italy!) and stocked up with a few essentials.  By the time we got away it was after lunch.

Within minutes from the coast we were climbing hills and heading into cloud and even some rain (5 days later we are still in the rain!) and went via Sospel to Saint Martin Vesubie which was a free aire with paid services.

It took us about 3 hours to drive just 60km as the roads were so twisty.

After 3 weeks of hot this was the first morning we woke up and even considered putting the heating on to warm us up, I’m pretty sure we must be heading in the wrong direction and should be going south not north, but work obligations mean we’re not quite able to do that. 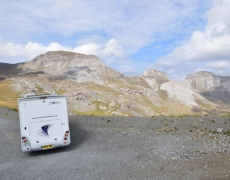 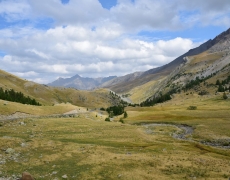 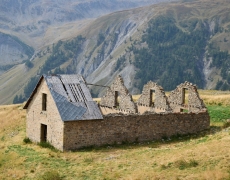 We drove to Briancon which is an area I have been looking at as a potential ski area as they have one of the largest km’s of beginners runs I’ve found anywhere in the valley called Serre Chevalier.  Unfortunately though they don’t seem to be keen on motorhomes and there are only a couple of campsites open during the winter and nothing very convenient to ski lifts like the site we found in Samoens earlier this year. 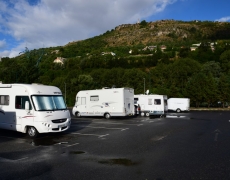 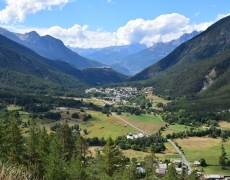 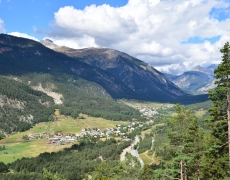 We woke to some sunshine and after visiting several ski resorts close to Briancon we headed to Val d’Isere and past Fort Di Exilles which was on the border and had a very unusual fort with one side slopping away. 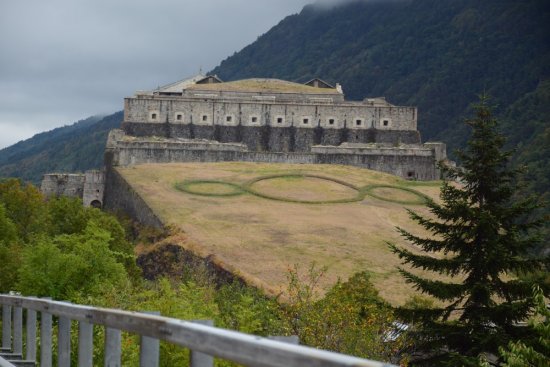 Coming up out the Val Cenis valley we started to see our first snow and going over the Isere pass it was even on the side of the roads.

Val D’Isere was pretty quiet not surprisingly and was one of the nicest and well kept ski resorts I’ve seen almost certainly reflecting the money invested there!

We had dinner at a restaurant called Les Casserole and found a new favourite red wine to enjoy and seek out during out return leg.

There are 2 aires in Val D’Isere and we stayed at the lower one which was spacious and had free services.

From Val D’Isere we drove over the St. Bernard pass into Italy and then through the Mont Blanc tunnel (cost €58.20 but saved us a long drive round the mountain) back into France again with mostly rain to accompany us.  From Chamonix we headed for Switzerland and on the way picked up our 3rd hitchhiker of the holiday who was a young Hungarian who was very well travelled and we dropped him off in Martigny as he was heading for Verbier where he was staying before doing a mammoth hitchhike to Budapest! 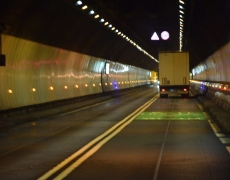 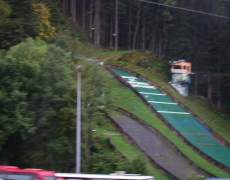 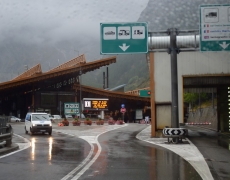 We found a (rare) Swiss overnight parking spot in the mountains at Ormont Dessous which was very quiet except for the cowbells.  Not surprisingly it didn’t have any services but one of the advantages of being in a motorhome is being completely self sufficient.

We woke up to more rain (it’s starting to get a little monotonous now…) and headed to Gruyere which is a medieval town known for Gruyere cheese and somewhere I visited on a school trip nearly 30 years ago – where did that time go?  I wasn’t sure I’d remember it but it came flooding back as I walked into the village.  We didn’t stop long (due to more rain…) and continued onto Interlaken where we had been recommended the Lazy Rancho campsite.

Steven checked us in and total cost was CHF45 (~£35).  I got a load of washing done and looked around the very clean and well kept site while Steven did some work and watched British vans arrive – it ended up that there were about 8 Brits on the site.

We left the campsite by 10ish and headed for Luzern which is a very pretty town with the oldest wooden bridge in Switzerland stretching across the river.

We found the tourist information and they directed us to some camper parking so we spent a couple of hours (in between downpours) having lunch (which cost a small fortune for a very basic lunch) and then walking around the old part of the town.

From there we headed to Basel and parked up north of Basel which is just inside Germany with the border to France being in the middle of the river.  We will be crossing these borders a few more times in the next couple of days no doubt. 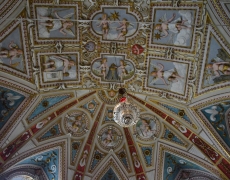 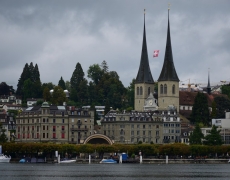 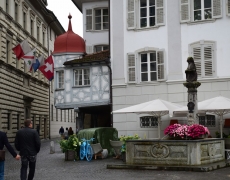 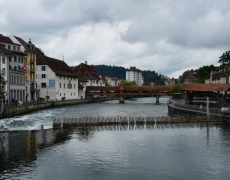 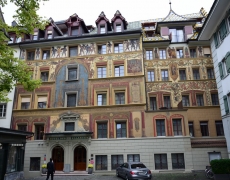 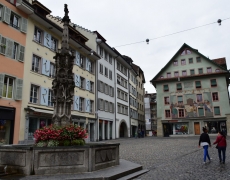 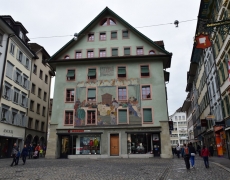 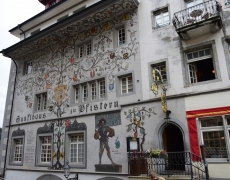 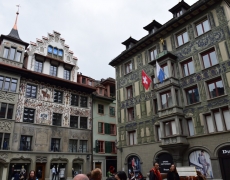 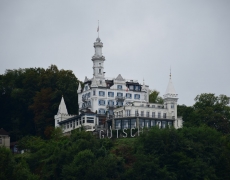 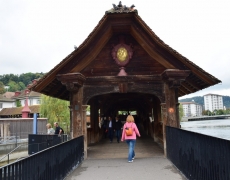