Our journey down to Samoens

Our journey down to Samoens

We booked a late night tunnel crossing for 20.50. We love the Channel Tunnel. Its so easy and quick plus we can use Tesco vouchers to pay for it so is very cheap as well. Arriving at around 22.30 CET we had a free stop over in mind at Richebourg (50.580993N, 2.746402E). The Aire is on the outskirts of the small town and located at a sports centre. Arriving at around 23.45 we squeezed in next to several other sleeping motorhomes and went to bed. The area has numerous war time cemeteries and is most noted for the Battle of the Boar (‘s Head). 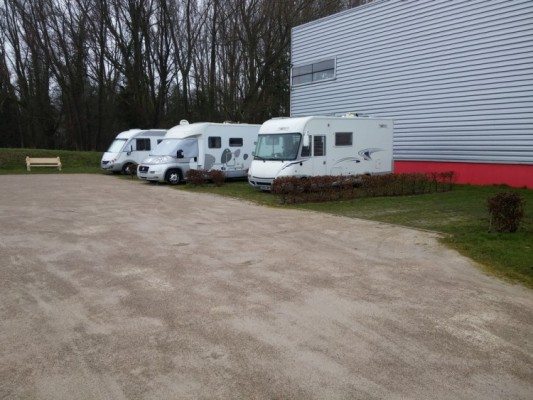 The free aire at Richebourg

The weather is lousy. Its raining. Its cold. Its dull. Some decent music on the iPod keeps us going and we arrive at our next free stop over at a town called St Dizier (48.642171N, 4.912099E). The Aire is located at a large motorhome dealer ship called CLC. They have an accessory shop open until 18.30. We have a quick browse before cooking up some dinner and a DVD for the night.

This aire is located close to two main roads and also a military air base. The lorrys were roaring, the planes were roaring even more. It wasn’t a quiet night. 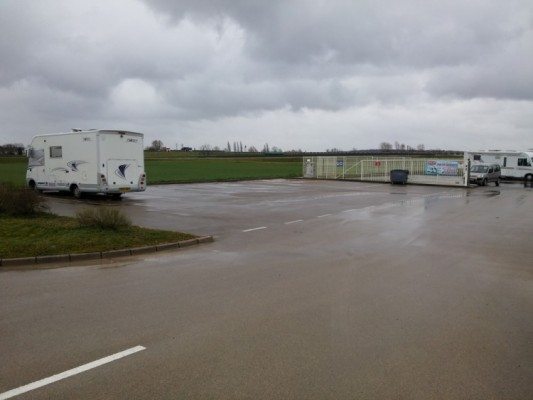 The free aire at St. Dizier

Up early to use the services to empty waste water and we are off again. Another dull and wet day. We drive further south and start to get our first signs of mountains. We are now off the main roads and driving on smaller roads. Lots of small French towns including Champlitte with an amazing chateau.

A little further and we see the first drifts of snow in the fields as we venture higher in altitude. We see more and more snow as we approach our next free Aire for the night. The town of Les Rousses (46.487759N, 6.066917E) has 2 aires. It’s a ski resort and you can tell. Lovely little streets covered in snow and lots of winter sports shops. The ski bus even stops at the Aire!

We arrive at the aire around 16.30 and slip into one of the last spaces. There’s around  3cm of snow on the ground but the roads and lovely and clear. 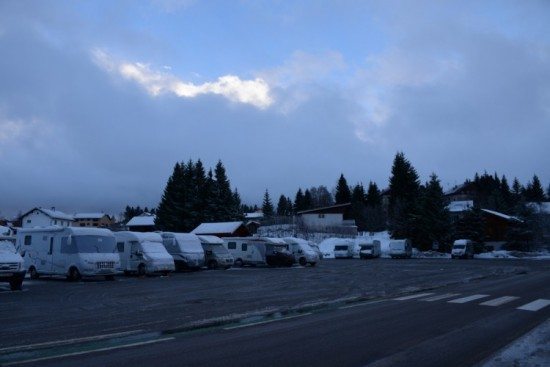 The free aire at Les Rousses 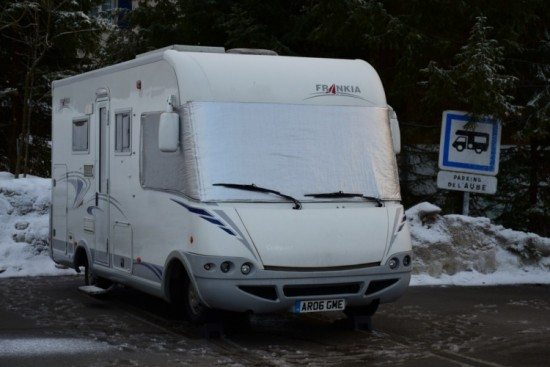 The same cannot be said for the next morning. We awake to around 20-25cm of snow! We were prepared with shovels, snow chains, brooms, and grip mats. I cleared all the snow away and we were off. The roads were not very clear and we kept wondering about putting the snow chains on. I had read that snow chains should only be used when there is heavily compacted snow on the road. We were driving mostly in fresh powder snow and 90% of the locals didn’t have them on. So slowly we drove down the mountain and the snow cleared as we dropped altitude. Our next planned stop is our ski resort of Samoens but our route ventured into Switzerland and through the centre of Geneva.  I had read that as Switzerland is not part of the EU all foreign vehicles must have country stickers such as GB plates and the GB EU numbers plates are not recognised. We didn’t have any but we never saw any other vehicles with them either! 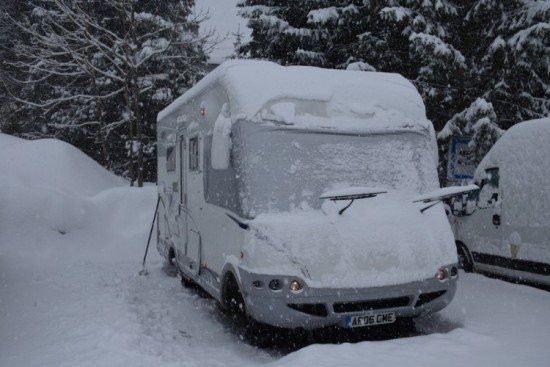 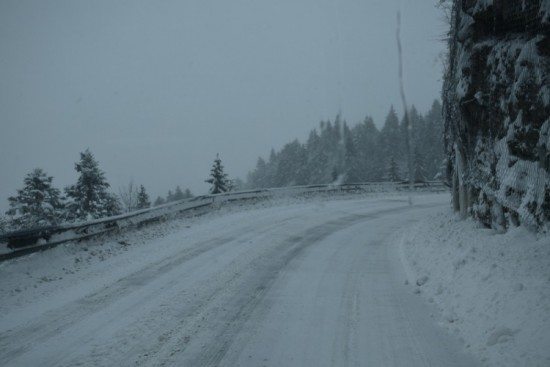 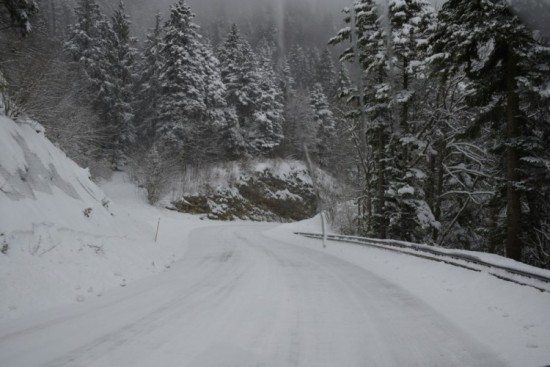 After hunting down a fuel station that sold LPG for our refillable Gas-IT tank, we arrived at Le Giffre camp site at around 17.00 in the ski village of Samoens (pronounced sam-won)

We don’t normally like to go onto commercial sites, especially at €25 per night but as this was our first ski holiday in the motorhome and I (Steven) needed regular reliable wifi so we decided this would be a good idea.

Read our next post about our week skiing from a motorhome