From Giverny we headed back to the Paris Motorhome Salon which was taking place that weekend so we fancied a look.  They were offering overnight camping at the venue so we headed there early afternoon.  Chaos ensued as 100’s of motorhomes’ had descended on the area and were parked everywhere outside the venue.  We had read that the camping wasn’t open until Saturday so thought people were parked up for the night (on grass verges, central reservations etc.)  On that assumption we decided to head into central Paris and had a lovely afternoon wandering around the Louvre area and having a very pleasant dinner.  We got back to Ellie about 7pm to find her alone on the grass with all the other MH’s queuing to get into the venue parking so we cordially did the same.  It is the most MH’s we have ever seen parked in one place with literally thousands there. 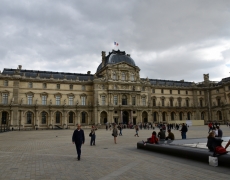 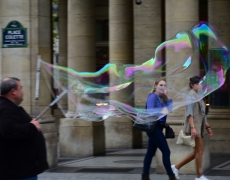 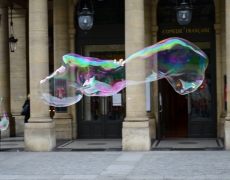 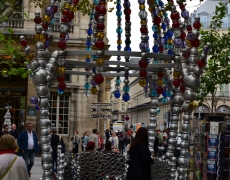 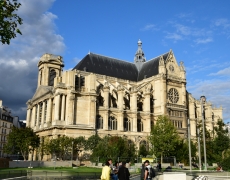 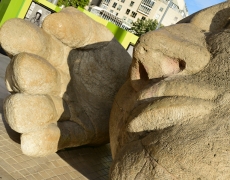 Next morning we were up bright and early to get into the show and proceeded to discount all but 4 vans in the entire display of over 300 sparkly new vans.  We even went so far as to get our “ideal” costed up by the very helpful man on the Frankia stand whose English was superb although a little beyond what we would want to spend on a MH at the moment.

We left the show late afternoon and started our final trek towards the coast stopping at Beauvais on the Saturday night.  We had flexible ferry tickets so were hoping to get a crossing back on the Sunday but by the time we arrived there was no space left, however we could get on the 8am on the Monday morning so we headed to the aire at Grand Fort Philippe which is right on the quayside.

Staying overnight in there also afforded us fantastic views of the lunar eclipse through the early hours of the morning and waiting for the ferry from 6am the next morning we saw the moon reappear from it’s temporary shadow.  Stunning finale to our amazing 8 week trip. 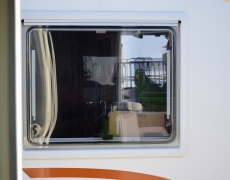 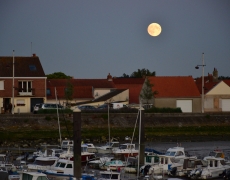 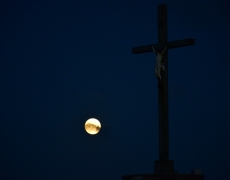 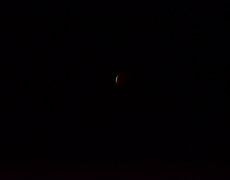 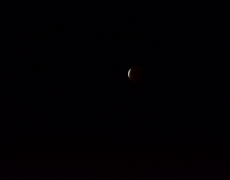 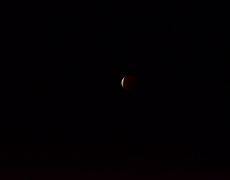