I love Formula 1 and watch every race I can. But I’ve never been to an actual race. Jane has been to the British Grand Prix a couple of times on Corporate VIP tickets. So when we looked at our planned route and realised the Italian Grand Prix was happening close to when we would be in the area at the famous Monza circuit we just had to go.

We found a company called CampingF1 that arranges camping for the races and booked with them. It is expensive at £200+ for 3 nights camping but there are few options in the area and we could cycle to the track plus they advertised 2 nights of entertainment with Eddie Jordan and Martin Brundle which sold us on the site. It then turned out Eddie Jordan would not be attending (even though they are still advertising the fact – very misleading!!!).  Tickets were also purchased for the race. We bought the low cost “General Admission” tickets meaning no reserved seating. But we could view from any of the non-reserved areas. Many people prefer this as you can move around the site during the weekend.

Race practice happens on Friday and Saturday morning. Practice is just that… a few hours to practice on the track before the 3 qualifying sessions on the Saturday afternoon. This time also gave us plenty of time to check out the different seating areas and the track areas.

At 1pm on the Saturday Jackie Stewart drove his 1965 Monza winning BRM race car around the track. We were lucky enough to be right at the place where he drove onto the track. See my video below… 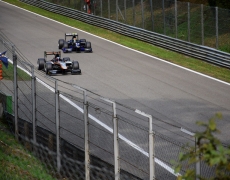 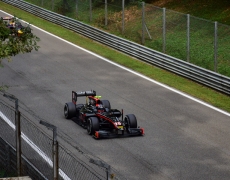 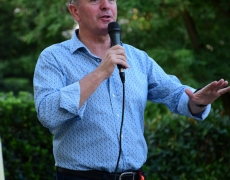 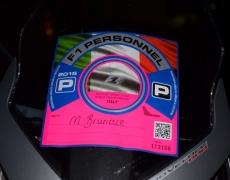 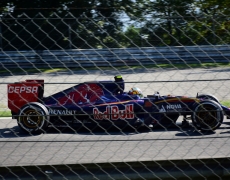 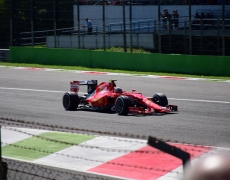 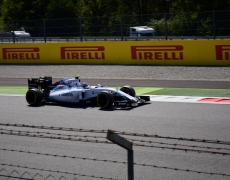 Up early and over to the track for 9am to secure a good spot. Many of the best spots had already been taken but we found a good view on one of first corners with a large screen so we could see the full race.

Before the main event there is also three other races: GP2, GP3 and Mobil1 Porsche Races which were rather exciting as the cars are all very similar so you get to see the talent of the driver rather than the engineers.  GP2 & 3 are the talent pipelines for the drivers coming into Formula 1 so they are really out to impress.

Just before 2pm there is the driver parade, a couple of practice laps and then the race starts. We were located in an area pretty much full of Italians with their red Ferrari flags, shirts and shoes!  Jane had the only British flag in the stand and when the drivers went past we got a wave directly at us from Lewis Hamilton which I missed catching on camera!

The race started with Hamilton in pole position and he dominated the race to win with a 25 second lead. I won’t try to review the race but you can read more info on the BBC F1 pages. 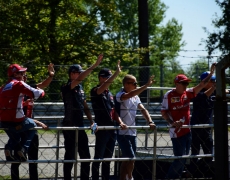 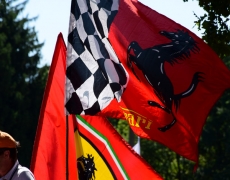 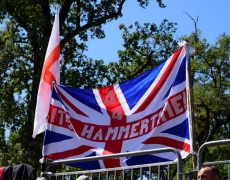 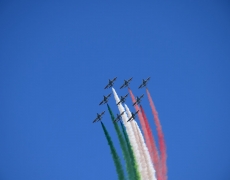 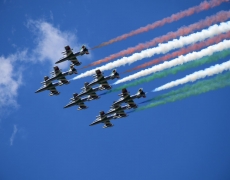 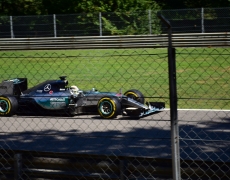 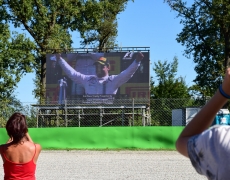 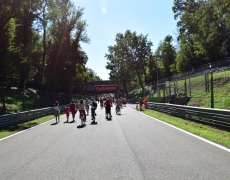 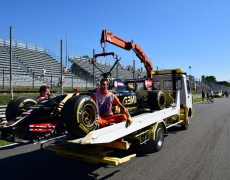