Not so cold fridge!!!

Not so cold fridge!!!

When we were touring Spain in September 2014 we encountered some very hot weather. Apart from keeping cool, we found that the fridge was not working very well in 30+°C.

A quick bit of research showed that in this kind of heat the heat extractor fins on the back of the fridge just cannot get the heat to dissipate quick enough. Removal of the vent covers improved the air circulation and it was just about OK.

Upon our return and some more research I found some aftermarket fans could be bolted to the heat extractor. They cost about £50. Apart from a special bracket the fans looked like normal computer cooling fans.

I can make one of those… 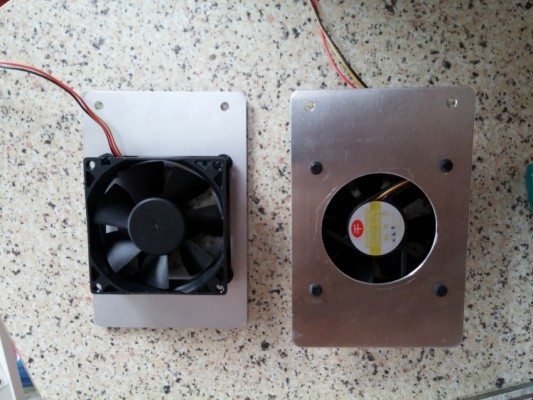 We have a older Dometic fridge. So the vents were taken apart and a couple of aluminum plates were drilled and ventilation holes made. A switch was fitted to the inside of a kitchen cupboard and wiring carefully channeled through to the back of the fridge.

All of the holes from the rear of the fridge to the interior were already sealed so I guess that stops any gas or fumes from entering the habitation area. Any holes drilled were later sealed.

A 12v supply was taken from the 12v panel (via a 1amp fuse) and carefully guided past any hot areas so they would not melt. 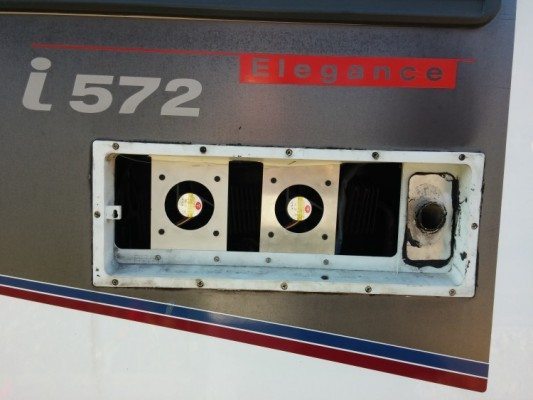 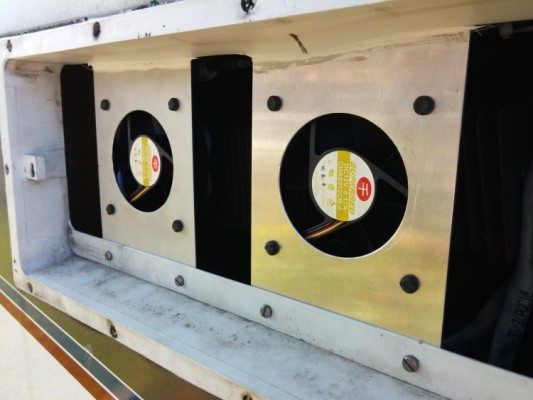 The new fans were mounted close to the back of the vents so they extracted the hot air from the top of the heat extractors and thus creating an extra air flow over the extractor fins.

The internal switch was wired so I could have either 1 or both fans running. Not really necessary but no extra cost or wiring. 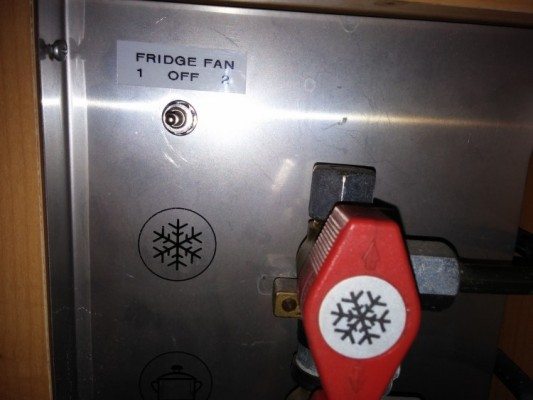 Collectively took about 4 hours to put together and complete.