Replacing the gas struts on a Heki 2 roof light

Replacing the gas struts on a Heki 2 roof light

The Heki roof light on the motorhome would not stay up very well and a bit of wind would blow it shut. I looked to remove the gas struts thinking they may have failed.

Removing is easy. On the white frame there is a white rubber plug that hides the securing pin. The rubber plug is soft rubber so just slide a small screwdriver down the side to remove the rubber plug and the pin will pull out with some long nose pliers. 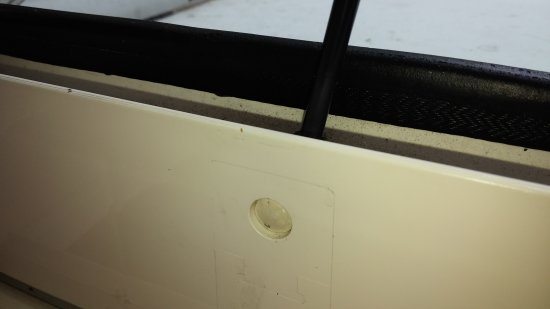 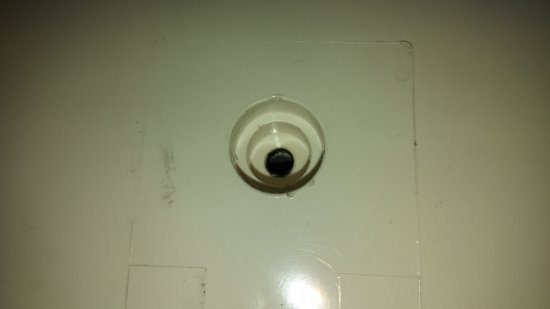 The top pin is a little more tricky. There is a domed starlock washer (also known as capped wheel retainers) on the end of the pin which are designed to keep the pin in place. Carefully remove the retaining washer with two small flat head screw drivers. Be careful not to damage the surrounding plastic. This time the pin will push through from the cap side to the outside. Sometimes the retaining caps stretch when they are removed and will not push back on securely. Carefully bending the leaves of the cap back into position will ensure they go back on but the leaves can break off so be careful. If they need replacing you can buy them from hardware shops for about 20p each. 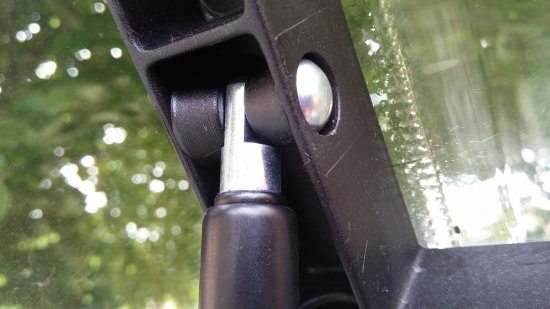 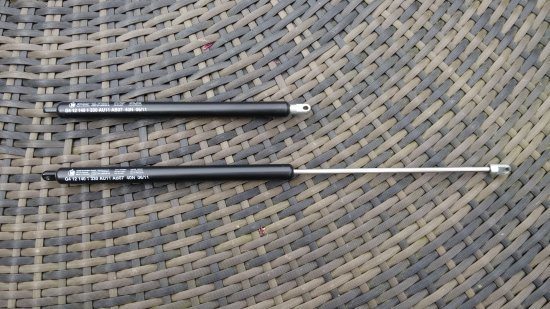 One of my gas struts was completely failed with no resistance, the other had some resistance but not sure if enough.

I contacted a company called SGS Engineering. They can re-gas old struts or supply new ones. Two new struts cost £48 delivered and have a slightly thicker 6mm rod instead of the original 4mm. But to send the existing struts to them for assessment. If they can be re-gassed the cost is £27 for the pair delivered.

The old struts were posted to SGS at a cost of £1.27. Two days later they contacted me to report that the failed strut could not be re-gassed and needed to be replaced. But the replacements are slightly shorter by about 2cm than the originals so you cannot simply replace one of them.

The new stuts from SGS arrived next day and fitting is just a reverse of removal. The roof light now stays up nicely!

You can buy the new struts here: http://www.sgs-engineering.com/gas-struts/applications/roof-lights/nl5030-skylight-roof-light-gas-strut 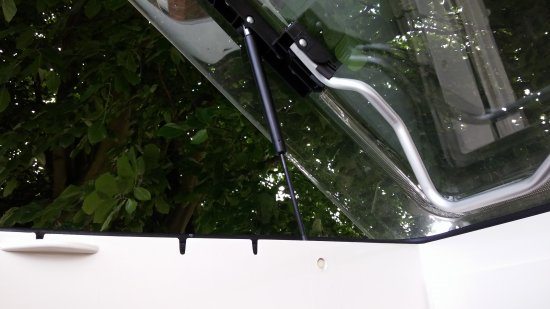